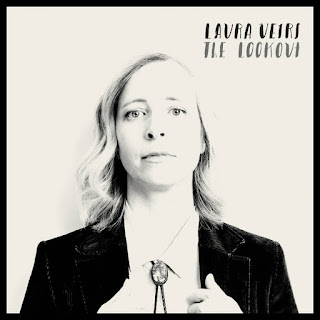 Laura Veirs' new album The Lookout begins with Margret Sands, a track that would fit in perfectly on any of her records from the last 14 years or so. The soft acoustic strumming and harmony vocals that sound as if they were recorded in a beautifully acoustically treated cave, are part of the style that Veirs and her longtime collaborator and husband Tucker Martine have honed to perfection. It’s a sound that has come to feel familiar over time, but due to Veirs’ ability as a songwriter never feels tired or overplayed.

It's partly because fans of Veirs are so familiar with her signature sound that the second track seems like such a departure. Everybody Needs You has a more electronic sound to it than almost anything Veirs has done before. Programmed drum samples and delayed vocals give this song an airy feel, quite different from the grounded acoustic guitar of the record’s opener. Though not so different as to be jarring, the track is a pleasant change of style and paves the way for the following song Seven Falls to open with a synthesiser, before heading back to more familiar territory.

Generally Grateful Dead covers rarely manage to live up to the originals, Veirs makes a rare exception with her take on Mountains of The Moon from The Dead’s 1969 album Aoxomoxoa. Shedding the odd, faux medieval tone of the Dead’s recording, Veirs’ version is wonderfully hazy and peppered with country music influences. It’s an approach that pays tribute to the Grateful Dead by incorporating elements of their wide ranging sound, while simultaneously diverging significantly from their version of the song.

Track titles like The Meadow, Heavy Petals and Margret Sands hint at a preoccupation with nature and as Veirs herself puts it “the need to pay attention to the fleeting beauty of life and to not be complacent”. The Canyon, a song about the loss of a loved one, encapsulates this sentiment perfectly. Lines like “I’m here now but my time will come / to be blowing through the canyon” demonstrating Veirs’ ability to take comfort in the natural order of things.

The Lookout feels like a deep breath midway through a stressful day. Meant to calm the listener (and the writer as well I think), it’s Veirs’ reaction to the fear and instability of living in Trump’s America. But whilst the sound of the album is as tuneful and easy on the ears as Veirs’ previous work, the tension and worry is audible under the surface. Lines like “I can't read these people / I can't read their eyes” from the album’s title track, betray the unrest under the music’s comforting placidity. It’s not an album of certainties or solutions by any means, though it is in its own way a hopeful album. Veirs makes sure to take stock of the thing’s she’s thankful for and with lyrics like “Gather the children / And hold them close / And teach of love / And peace devout / When it grows darkest / The stars come out” it’s clear she sees some light in the distance. 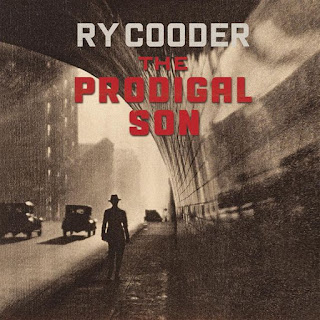 Musicologist, composer and renowned guitarist Ry Cooder’s last album (2012’s Election Special) was an entire record of songs about current affairs. Primarily a swipe at the Republican Party and its supporters, the album covered the many things Cooder finds wrong with America and its political system, in a style not dissimilar to the folk and blues tunes of old that he has so readily drawn from in the past. In hindsight, Election Special may have been better saved for the next election cycle, when Cooder would have had a much deeper well of hypocrisy and horror to draw from. But many of the points he makes on that album and its predecessor, Pull Up Some Dust and Sit Down, hold up well enough to re-appear on his new record The Prodigal Son.

Cooder gets right to down to business with Gentrification. As a track heavily influenced by African guitar playing builds behind him, Cooder decries the spread of coffee shops and “Googlemen” buying up poor urban areas and forcing the inhabitants out of their homes. It’s delivered with a wry sense of humour, though the argument he’s making is honest. And one that has weighed on his mind for years, as evidenced by his 2005 album Chavez Ravine, which focused on a particularly brutal example of gentrification where a Latino neighbourhood in LA was bulldozed completely to make way for a baseball stadium.

You can’t revisit old blues and folk music as much as Cooder has over his long career, without including some religious songs in your repertoire. Christianity features heavily in The Prodigal Son, from the title of the album, through to the dark, dirge-like version of Blind Willie Johnson’s Nobody’s Fault But Mine. Whilst in his haunting original, Johnson’s fear of losing his soul to the devil and was palpable, Cooder expands on Johnson’s unease here. Soft, but menacing sounding strings and brass sit under Cooder’s plaintive, moaning vocals, like some distant terror, simply biding its time. A loan slide guitar interjects a minute or so into the track and reminds us that this is a blues song but it does little to ease the discomfort. A choir softly joins in with Cooder’s singing and I’m torn as to whether this chorus is trying to help him save his soul or if it is made up of the voices of the damned calling him to join them. The result is stark, thoroughly disquieting and as atmospheric as any of Cooder’s much celebrated soundtrack work.

Having memorably covered his How Can A Poor Man Stand Such Times And Live in his early years, Cooder again revisits the catalogue of American folk singer Blind Alfred Reed. You Must Unload is presented here as a hymn against hypocrisy reinforced by Cooder’s simple yet powerful arrangement. Written in 1927, the song’s message rings true over 90 years later. Perhaps even more so. When Cooder, backed by a less sinister chorus this time, sings lines like “You money loving Christians who refuse to pay your share / You must unload”, it’s hard not to think of the myriad of televangelists and political figures in the present to whom these lyrics apply.

Cooder again mixes religion with politics in Jesus and Woody. Here he imagines a conversation between Jesus and Woody Guthrie, with Christ seeking some solace in Guthrie’s “Oklahoma poetry”. It’s a tender tribute to Guthrie, whose political folk songs have had an obvious effect on Cooder’s own work but it also takes aim at the same targets as You Must Unload, with Jesus’ admission that he “like(s) sinners more than fascists”.

For all the references to God and the Devil on this album, it’s left unclear as to whether this is an expression of Cooder’s own faith or if he’s simply using the religious imagery to make a political point. His inclusion of Budha in the lyrics to Nobody’s Fault But Mine, is perhaps a clue that Cooder’s personal beliefs are somewhat more complex and varied than the music lets on.

Whilst Cooder’s legendary guitar skills are not at the forefront here, his work as a producer and arranger makes up for it. Whilst the production isn’t sparse exactly, Cooder has defiantly tailored the sound of this album to focus on the songs rather than the instruments playing them. With The Prodigal Song, Cooder’s contemporary take on American folk and blues pays loving tribute to its roots as well as taking a stern, critical look at where America is today and how much hasn’t changed.

The Prodigal Son is out May 11th on Fantasy Records. You can listen to it here (via NPR) until then.