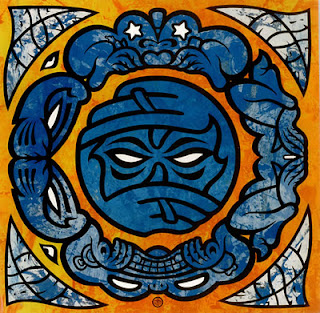 I've heard it argued by people (especially with the recent 20th anniversary of Nevermind) that Grunge was the last big movement in Rock and Roll. Since 1994 when Kurt Cobain chose to remove himself from the equation, there has not been a sub-genre that has equalled the resonance that grunge had with the general populace or even just the music press. And it's true that “the Seattle sound” was one of the last local scenes to make itself known to the world in such a big scale. Like Liverpool and San Francisco in the 1960's or New York In the late 1970's or Manchester in the late 1980's the Northwest scene exploded and then died down a few short years later. Like all of these local scenes that were suddenly popular, bands that didn't sound a whole lot like each other were all pigeonholed together based on their geographical location. For example, Mudhoney and Pearl Jam are a world away from each other in terms of the tone of their sound and their style, yet as they are both Seattle bands from the late 1980's and early 1990's they are “Grunge”. Even bands that were not from the Seattle area were given the label, just because they happened to be loud, indie-rock bands from America. It's a tag that many bands have tried to shrug off but some of them bear more similarities to the genre as a whole than many of the bands who originated in the Pacific Northwest.