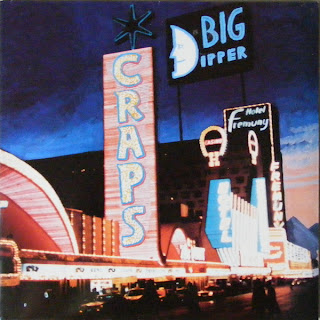 Indie rock in America has always gone hand in hand with student life. Band's are often formed whilst their members are studying at university and college radio stations, often far more relaxed when it comes to playlists than their larger, commercial counterparts, were often the first places to hear new and exciting bands. Some of the most fertile indie rock scenes in the USA started out in college towns. It's of little surprise then that a city such as Boston, where there is over 100 universities, would play host one of the most diverse and fruitful scenes.
In the 1980's Boston's hardcore punk bands gained a reputation as being particularly ferocious but it wasn't until the late 80's and early 90's that Boston's more melodic bands started gaining more widespread recognition. The Pixies, Dinosaur Jr and The Lemonheads are just some of the bands that came out of Boston's historic streets, each of them with their own individual sound. Unlike other regional American scenes of the time (Seattle, Washington D.C etc), where there was a specific “sound” all the Boston bands sounded different from each other. Whether it was the feedback-drenched wall of noise produced by Dinosaur Jr or the sharp post punk of Mission of Burma, each band's style set them apart from the others. Whilst this lack of congruity between acts created some of the most individual and interesting bands of the era, it has also lead to the Boston scene being somewhat under-recognised as a whole. Dinosaur Jr and The Pixies went on to international fame and fortune, becoming huge in the wake of the Alt. Rock boom in the early 1990's, though by the mid 90's both bands had imploded. But whilst they were touring the world and selling thousands of records, bands like the Blake Babies and Big Dipper, were operating under the Radar.